Here's a look at the photographs captured by Associated Press photographers in 2020, a world beset by every sort of catastrophe -- natural and unnatural disaster, violent and non-violent conflict. And, in every corner of that world, the coronavirus.

Migrants flee from the second fire in two days at the overcrowded Moria refugee camp on the island of Lesbos, Greece. (Image: AP) Rescue workers and local residents search for survivors in the wreckage of a plane that crashed with nearly 100 people on board in a residential area of Karachi, Pakistan. (Image: AP) Swarms of desert locusts fly into the air from crops in Katitika village in Kenya's Kitui county. In the worst outbreak in a quarter-century, hundreds of millions of the insects swarmed into Kenya from Somalia and Ethiopia, destroying farmland and threatening an already vulnerable region. (Image: AP) A reveller dressed in a Spider-Man costume strikes a pose at the "Ceu na Terra" or Heaven on Earth street party in Rio de Janeiro, Brazil, during the Carnival celebration. (Image: AP) An emergency crew recovers the body of a boy killed in a government airstrike in the city of Idlib, Syria. (Image: AP) Josefa Ribas who is bedridden and suffers from dementia is attended to by nurse Laura Valdes during a home care visit in Barcelona, Spain. Ribas' husband, Jose Marcos, fears what will happen if the coronavirus enters their home and infects them. "I survived the post-war period (of mass hunger). I hope I survive this pandemic," he said. (Image: AP) A woman wearing a mask to protect against infection from COVID-19 is reflected in a tinted chapel window, along with a metal casing said to contain the remains of St. Dimitrie of Basarabov, the patron saint of the Romanian capital, in Bucharest, Romania. The feast of St. Dimitrie of Basarabov, which usually lasts for a week and draws up to 100,000 people, was cut way back this year due to the coronavirus. (Image: AP) A model wears a creation for the Givenchy fashion collection during Women's fashion week Fall/Winter 2020/21 presented in Paris. (Photo by Vianney Le Caer/Invision/AP) People stand in their balconies during nationwide confinement to counter the coronavirus in Barcelona, Spain. (Image: AP) Sneakers and a Los Angeles Lakers jersey with the number 8 worn by NBA star Kobe Bryant hang at a memorial for Bryant in Los Angeles, a week after he was killed in a helicopter crash. (Image: AP) President Donald Trump holds a Bible as he stands outside St. John's Church across Lafayette Park from the White House in Washington after law enforcement officers used tear gas and other riot control tactics to forcefully clear peaceful protesters from the area. (Image: AP) 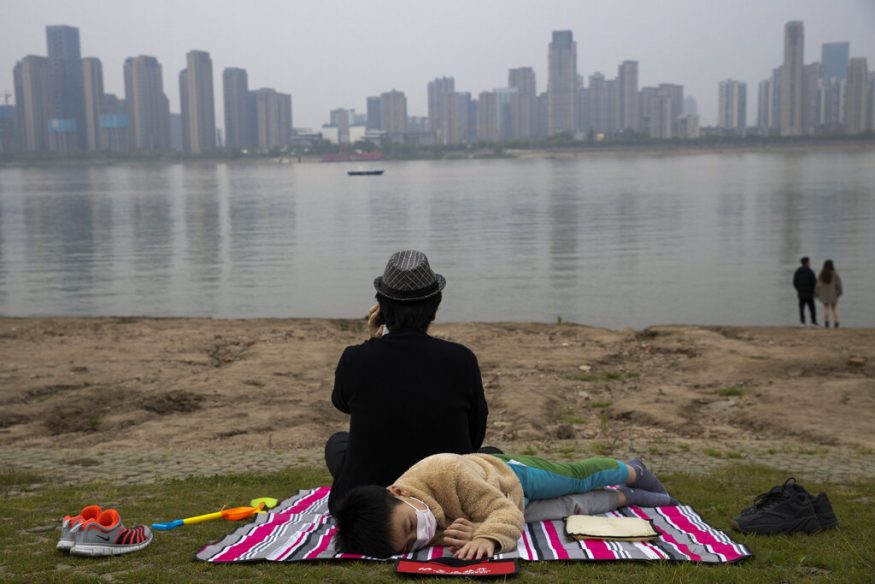 A child wearing a mask to protect against the coronavirus rests on the bank of the Yangtze River in Wuhan in central China's Hubei province. (Image: AP)

No vehicle imports, no public sector recruitment in 2022 - Basil

No vehicle imports, no public secto..

Over-30s in Colombo city to receive..