A massive increase in biodegradable plastic production in China is outpacing the country's ability to degrade the materials, according to a new report published by the charity Greenpeace.

According to Greenpeace, 36 companies in China have planned or built new biodegradable plastic manufacturing facilities, adding production capacity of more than 4.4 million tonnes per year - a more than sevenfold increase in less than 12 months.

China's e-commerce industry is on track to generate an estimated 5 million tonnes of biodegradable plastic waste per year by 2025, when the country's single-use plastic bans come into effect nationwide, the charity said.

Biodegradable plastics can be broken down by living organisms, but most require specific industrial treatment at high temperatures to be degraded within six months. Left in landfills under normal circumstances, the materials can take much longer to begin to break down and will still release carbon into the atmosphere.

"In the absence of controlled composting facilities, most biodegradable plastics end up in landfills, or worse, in rivers and the ocean," said Greenpeace's East Asia plastics researcher Dr Molly Zhongnan Jia.

"Switching from one type of plastic to another cannot solve the plastics pollution crisis that we're facing," she said. 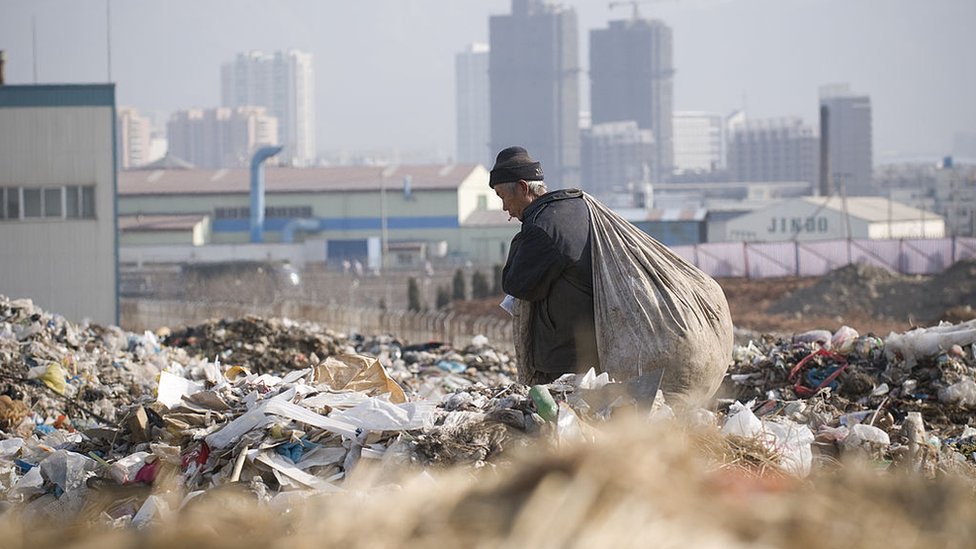 Chinese president Xi Jinping has in recent speeches stressed the importance of reducing plastic waste, but many major Chinese cities have little or no infrastructure in place to cope with the expansion of biodegradable plastics production.

One of the main challenges with biodegradable plastics globally is that they cannot be put into ordinary household recycling or degraded in home composting bins - meaning consumers mostly don't have any route to get biodegradable packaging to the kinds of industrial facilities capable of processing it.

"Unless there is clear infrastructure for what we call 'end-of-life' - whether that's recycling or incineration or landfill or biodegradation in some way - then that is still a single-use plastic," said Dr Rachael Rothman, the co-director of the Grantham Centre for Sustainable Futures at the University of Sheffield.

"Just because a plastic is biodegradable, that doesn't mean it is not single use," she said. 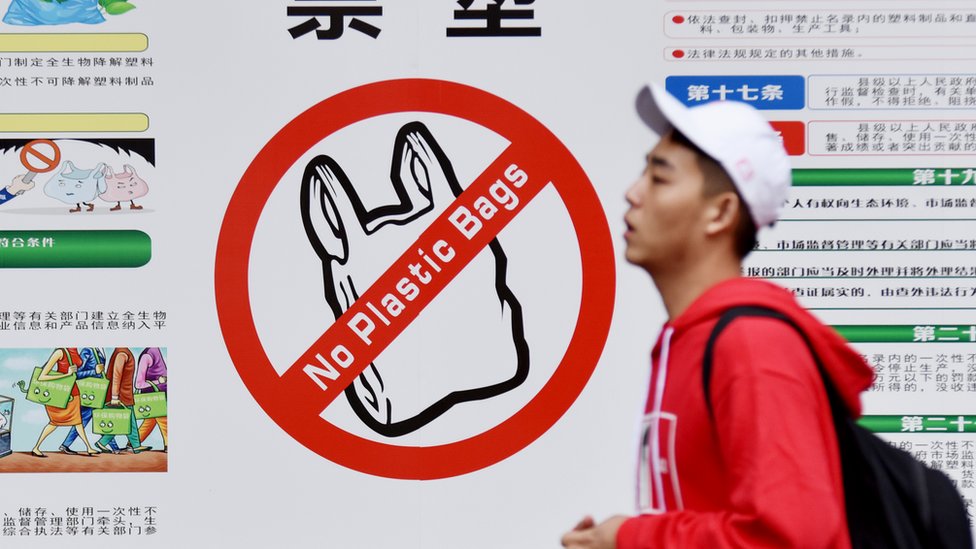 Another category of plastics made fully or partially from biological resources - often referred to as "bioplastics" - are not necessarily biodegradable, adding to potential confusion for consumers.

Globally, the industrial infrastructure needed to process biodegradable plastics - from collection through to high-temperature composting - does not exist at the scale needed to match the volume of those plastics being produced.

"This is a global problem, absolutely," said Dr Rothman. "The UK has been consulting on bio-degradable and compostable plastics and there's a new standard on biodegradability. But when you look at the details, it says the material needs to get to 60 degrees Celsius, and what plastic is going to 60 degrees in the UK?"

A study published in October in the journal Sciences Advances, which examined data form 2016, estimated that the US was the world's leading plastic waste producer that year, followed by India and then China. Taken collectively, the EU nations would be in second place, despite having only about 40% of the population of India and China.

The US ships large quantities of its plastic waste to other countries. In 2017 alone, China took in 7 million tonnes of plastic rubbish from Europe, Japan and the US.

China has since banned the import of 24 different grades of rubbish, but other countries including Malaysia, Turkey, the Philippines and Indonesia, which already have to tackle large quantities of their own plastic waste, have picked up some of the slack.

Some of these countries have since sent some of the imported plastic rubbish back.

The Greenpeace report published Thursday warns that replacing single-use plastics with high-volume production of various biodegradable alternatives is not the solution to the plastics waste problem.

"This 'biodegradables rush' has to stop. We need to take a cautious look at the effect and potential risks of mainstreaming these materials, and make sure we invest in solutions that actually reduce plastic waste," said Dr Jia.

"Reusable packaging systems and a reduction in overall plastic use are much more promising strategies to keep plastic out of landfills and the environment," she said.

Pope Francis on Iraq visit calls for end to extrem..

Pope Francis on Iraq visit calls for end to extrem..

Two siblings die : Brother jumps into waterfall to save sister

Vega to introduce SL made “Next generation electric three-wheeler”

Sri Lanka to receive over 720,000 AstraZeneca vaccines from Japan today

Vega to introduce SL made “Next gen..