The shooting of Naga Chaitanya and Sai Pallavi’s upcoming film ‘Love Story’ has wrapped up with a song in Nizamabad and the makers have confirmed the same on social media. They also shared a picture from the sets of the film and it featured the leading lady along with director Sekhar Kammula, dance choreographer Sekhar and cinematographer Vijay C Kumar flaunting victory symbol. While the post-production works are expected to flag off immediately, the release date shall be announced soon.

Recently, on the occasion of Diwali, a new poster from ‘Love Story’ has been unveiled and it showcased the lead pair, Chay and Sai Pallavi, sitting in the mandap as bride and groom. Flaunting their love towards each other with a million-dollar smile, both of them look absolutely cute and adorable as to-be-wed couple. While the Akkineni hero can be seen in a simple white shirt and grey trousers, the ‘Premam’ actress looks gorgeous in a white and red saree. 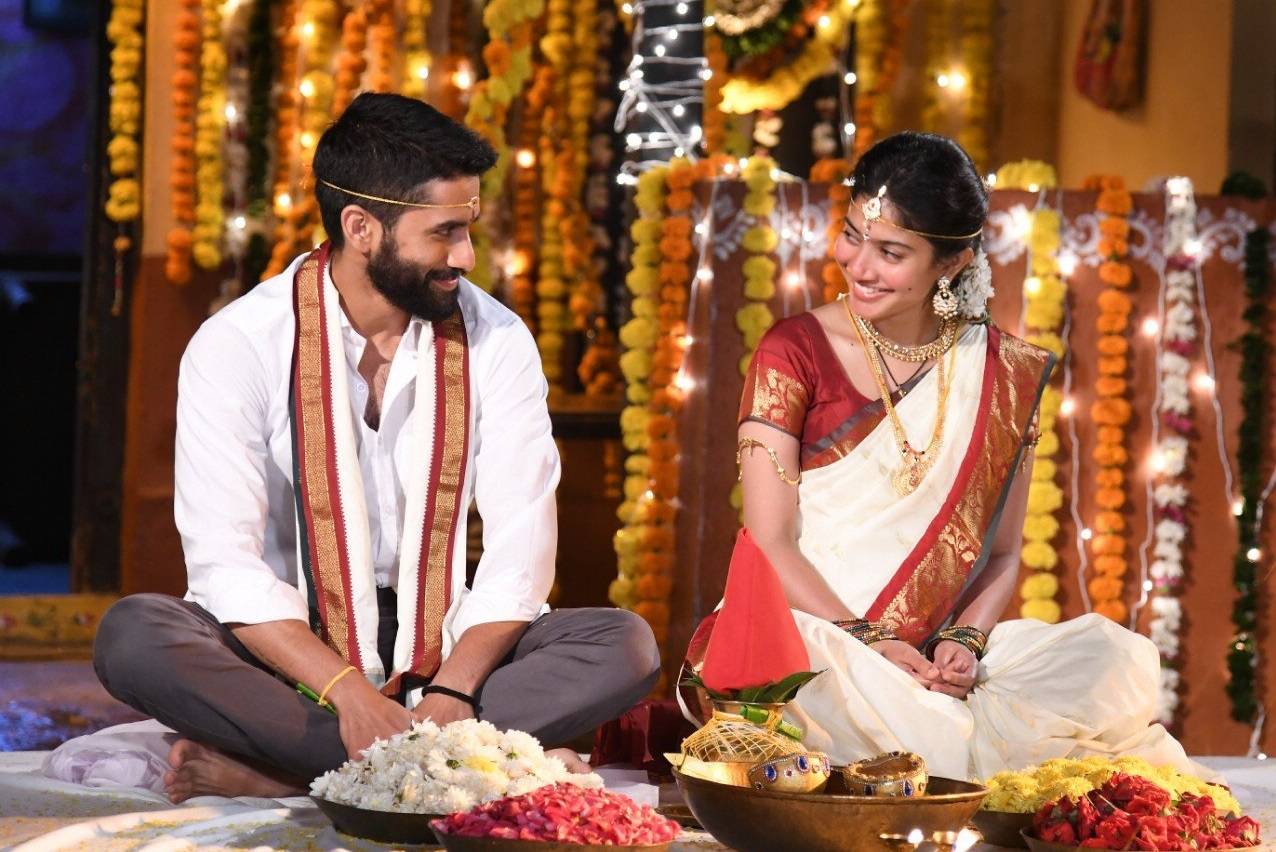 After a six-month break owing to COVID-19 crisis and the subsequent lockdown, the shooting of ‘Love Story’ has resumed from the first week of September in Hyderabad and has proceeded on a rapid pace in several parts of rural Telangana. Jointly bankrolled by Asian Cinemas, Amigos Creations and Sri Venkateswara Creations, the music of the film is composed by Ch Pawan, a student of AR Rahman’s musical institution.

The story of the film revolves around a boy and girl who move to the city from their village to pursue their dreams. According to director Sekhar Kammula, “Chaitanya completely surrendered himself with great interest to pull off his part. Also, Sai Pallavi could spring a surprise for the audience. I believe the lead pair’s performances will stand out.”

Kiara Advani Reveals What Her Bio Would Read if Sh..

Kiara Advani Reveals What Her Bio Would Read if Sh..