Trust Kareena Kapoor Khan to do everything with a bit of class and sass. The 40-year-old actress is using the holiday break to catch up with her cousins. She and husband Saif Ali Khan hosted a sit-down dinner for Aadar Jain, Armaan Jain and other family members.

The dinner was a classy affair with name cards and candles. Even though it was just for family members, Kareena ensured she made it all formal and fancy.

Aadar, Armaan and Kareena took to social media to share pictures from the dinner soiree, which was also reportedly attended by Aadar's girlfriend, actress Tara Sutaria. Other members of the Kapoor family such as Kunal Kapoor and son, Zahan, were also in attendance.

Armaan shared a picture of the table, showing his name tag next to his seat. Kareena took to Instagram Stories to share a picture of her dinner table, laden with cutlery and crockery and captured by Saif. She captioned it, "Countdown to new years has begun... Sit down cousins dinner. What’s on the menu?" Aadar posted a picture of Kareena sitting opposite him, and Zahan, carving a piece of meat. 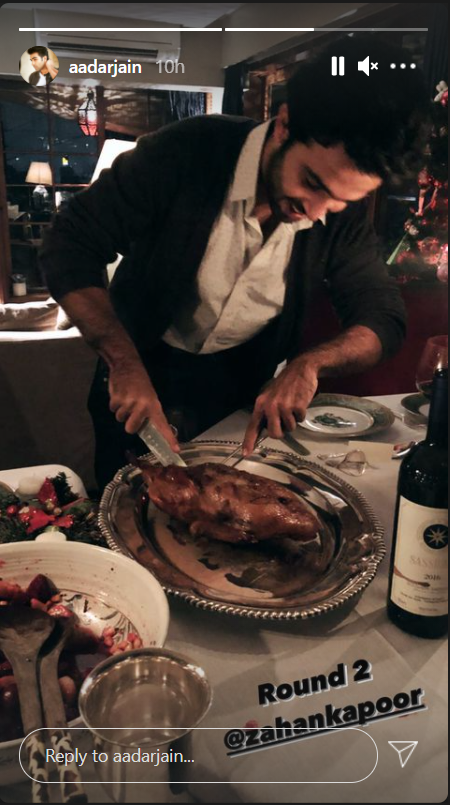 Aadar and Tara Sutaria were spotted at Kareena's residence in Bandra.

Kareena and Saif had also hosted a dinner for their close family members on Christmas. The party was attended by Saif's sister Soha Ali Khan, her husband Kunal Kemmu and their daughter, Inaaya. Kareena's sister, Karisma, also attended with her daughter, Samaira Kapur.

How Vikrant Massey Became the Most Bankable Face f..

How Vikrant Massey Became the Most Bankable Face f..

At least 40 rescued after military..

Deadly landslide in Japan leaves at..