Covid-19 in Wales: Mass testing a 'waste of resources'

Covid-19 in Wales: Mass testing a 'waste of resources'

Continuing mass testing in Wales could be a "massive-scale of waste of resources", a leading public health expert has said.

Figures show less than 1.5% of people were testing positive as part of pilots in Merthyr Tydfil and the lower Cynon Valley.

The Welsh Government said it had not decided its future testing strategy.

"We simply don't know whether you'll find enough cases who would have transmitted a lot, and who don't [transmit Covid-19] simply because you found them," she said.

"And we don't know whether telling lots of people they're negative could actually undermine any potential benefit.

"It could be the most massive scale of waste of resources."

Dr Raffle said there were also concerns around the accuracy of the lateral flow tests, which are being used within mass testing schemes and produce results in as little as 20 minutes. 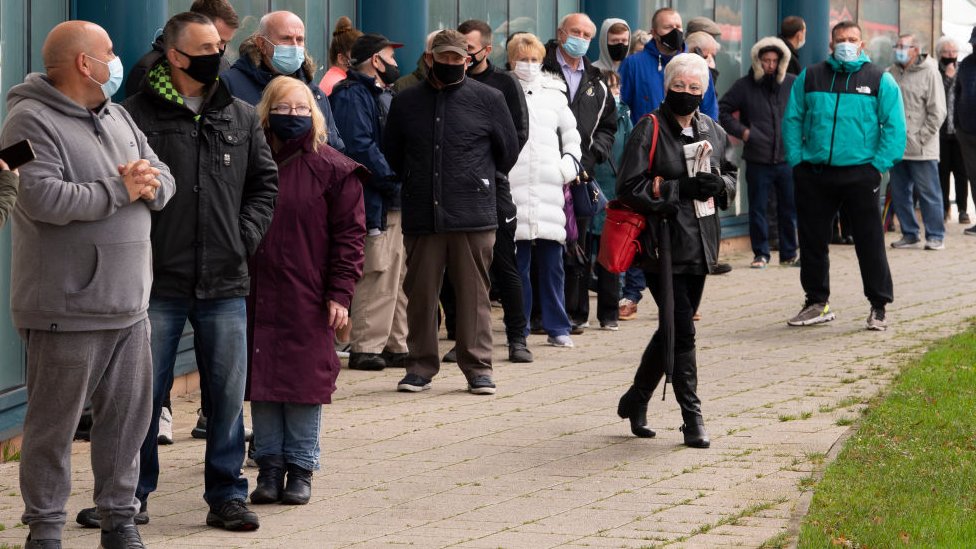 image captionNearly 1,000 people were tested in the first day the scheme was held in Merthyr Tydfil in November

In labs, lateral flow tests were found to be about 70% effective at detecting positive cases, but Dr Raffle said pilots, such as one in Liverpool, found them to be much lower.

"The UK government said, initially, that the test had been extensively evaluated," she told Politics Wales.

"What we know from Liverpool is that the test centres there only picked up half of the positives."

However, executive director of public health at Cwm Taf Morgannwg University Health Board, Dr Kelechi Nnoaham, said the pilots in Wales had been a success so far

"We've been delighted at the amount of engagement we've had," he said.

"In our pilot we found about 70% sensitivity, which means that if you have 10 people who are actually infected, the test will pick up seven of them."

Dr Nnoaham added there was "a risk around false negatives" which affected the health board's messaging around the tests.

In Liverpool, the introduction of mass testing was cited by both Prime Minister Boris Johnson and UK Health Secretary Matt Hancock as being behind a sharp drop in case rates. 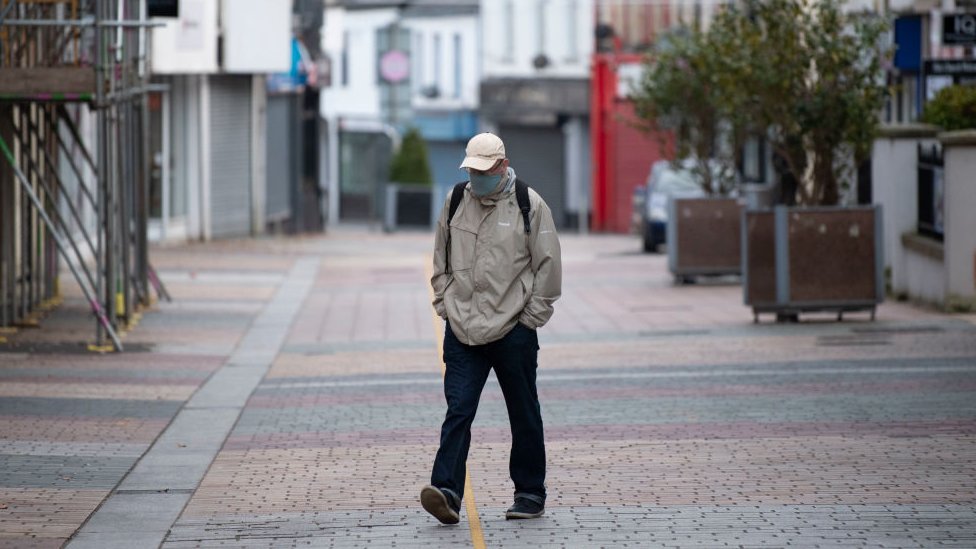 Dr Raffle said if mass testing was "really breaking the chain" then, in theory, cases should start to fall.

But Dr Nnoaham said the increase in cases was reflective of rises across the whole of Wales and the impact of mass testing would not be evident "for another few weeks".

He said Slovakia was the "best example", where he said they tested 97% of the population aged 10-65 years old and reduced infection rates by 60%.

"We would like to see Welsh Government looking at what the practicalities would be of running that kind of system in Wales," he said.

Andrew RT Davies, Conservative spokesman on health in the Senedd, said mass testing was "an important tool" to suppress the virus, but not "the only solution".

"The battle with the testing regime is being won," he added.

"What we've got to do is complement it with the vaccine regime and make sure that the resources don't get put into the wrong places."

The Welsh Government said it was "considering next steps for community testing" following the pilots in Merthyr Tydfil and the lower Cynon Valley .

"We will now properly evaluate the pilots to fully understand their impact and effectiveness."

Cabinet nods to construction of wind power plant in Mannar

US state sues to have Google declar..

Cabinet nods to construction of win..

Govt. wants to have a fair and consistent tax poli..

Highlights of Budget 2021 and impact on export Sec..

Prime Minister to make his first overseas visit in..