On Tuesday, emergency officials said they had fielded about 150 calls for help in the past 24 hours.

An already depleted beach at Byron Bay - a popular holiday spot - had all but disappeared, locals said.

Authorities said the storm had moved south on Tuesday, bringing the threat of flooding to inland NSW.

They told communities around the Tweed River to evacuate on Tuesday, after it burst its banks. Some electricity, internet and other utility networks were also disrupted.

Meteorologists say the system has already released an amount of rain similar to a cyclone - about 1,000mm over four days.

The storms have affected a 1,000km (620 miles) stretch of Australia's east coast - including cities such as Brisbane and the Gold Coast.

The NSW State Emergency Service said it had carried out 12 flood rescues so far, warning people to stay indoors and avoid driving through floodwaters.

Some roads in the area between Tweed Heads and Taree have already closed due to floods. 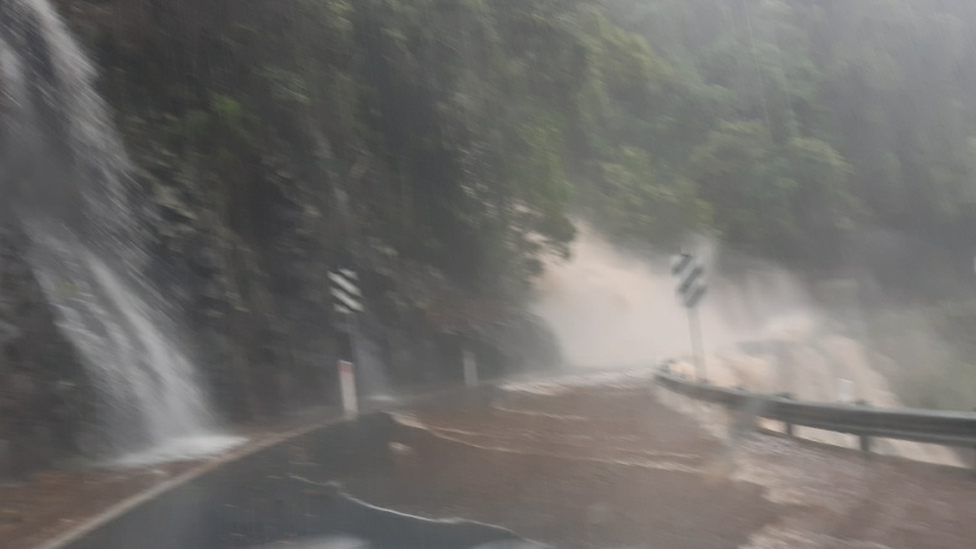 The rain has eased in Queensland, but authorities there have warned of dangerous tides up to 30cm higher than normal. All beaches in the area have been closed.

The neighbouring states have received about 2,500 calls for assistance since Thursday, mostly for water damage to homes and fallen trees and power poles.

There have been no confirmed reports of injuries or deaths, but authorities said they were investigating a man's death in a car crash on Queensland's Sunshine Coast. 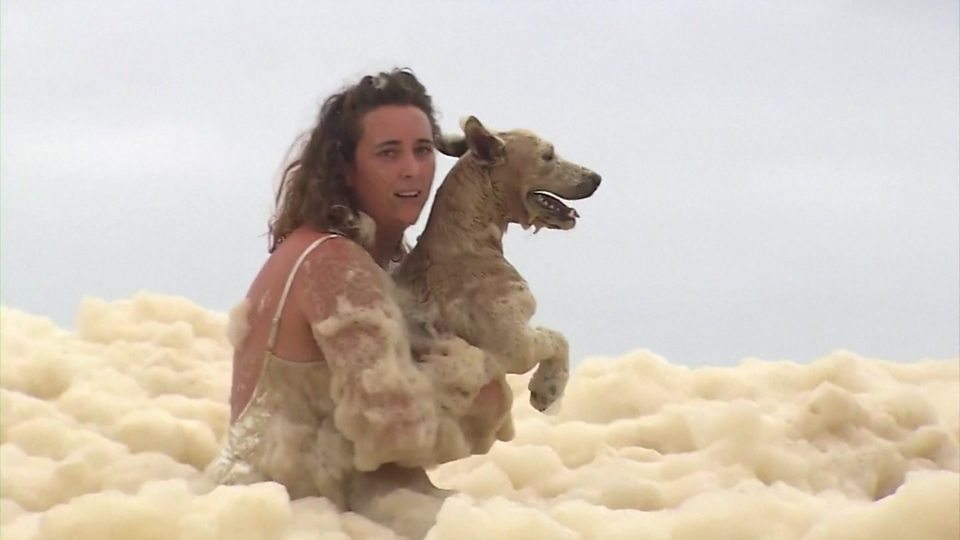 How severe is this weather?

A La Niña season is historically associated with increased rainfall and floods in Australia.

Two of Australia's three wettest years on record have been during La Niña events, and floods have been recorded in 12 of the 18 events since 1900.

Typically, La Niña sees a 20% increase in average rainfall from December to March in eastern Australia, says the Bureau of Meteorology.

NSW Premier Gladys Berejiklian - whose state was worst-hit in last summer's bushfires - said experts were expecting conditions to be "worse than what we have seen in quite a number of years".

"I am hoping what we have seen over the last few days won't be repeated frequently over summer but it could," she said on Tuesday.

"I know for many residents in northern NSW, they are used to flooding conditions, but what the bushfire season taught us last year is to expect the unexpected."

US House to Send Trump Impeachment Article to Sena..

At least 40 rescued after military plane crashes i..

US House to Send Trump Impeachment Article to Sena..

At least 40 rescued after military plane crashes i..

CSE to continue operations from Monday