Forest officials have built a unique bridge for reptiles and other small animals to cross a busy highway in India's mountainous Uttarakhand state.

Many animals have been run over by speeding cars on this road that leads to Nainital, a popular tourist destination in the state.

Officials are now growing creepers and grass to attract animals to the bridge.

"Many reptiles and other small animals have been killed by tourist vehicles on this highway," Chander Shekhar Joshi, a forest officer in the state, told the BBC. He said officials have fixed cameras on both sides of the bridge to monitor the movement of the animals.

The bridge itself has now become a tourist attraction, with many passing through stopping to take photos and selfies. But the forest department hopes that it will soon start attracting animals as well. 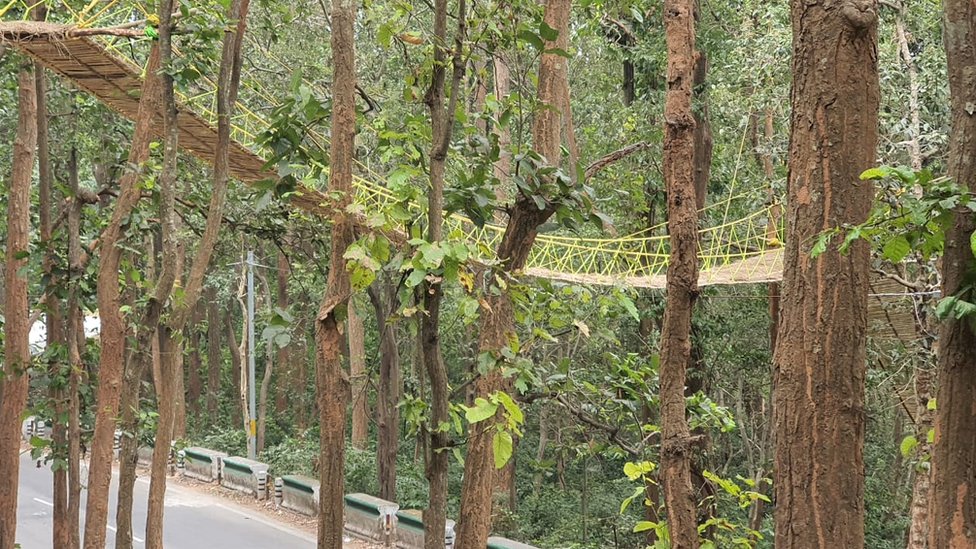 "This is a dense forest, and elephants, leopards, deer and bulls move in this area. Drivers can see them from some distance and slow down or stop, but they rarely do so for snakes, lizards, monitors or squirrels," a forest official told the Indian Express newspaper.

Officials are hopeful that this bridge will help create awareness around smaller animals and reptiles in the area as well as help to protect them.

Man Sent to Police Remand for Throwing Acid on Gir..

NIA's 3 New Branches to Come Up in Imphal, Chennai..

Man Sent to Police Remand for Throwing Acid on Gir..

NIA's 3 New Branches to Come Up in Imphal, Chennai..

Fluctuating prices is the nature of market: Maithripala

Body of missing Indian fisherman re..

Fluctuating prices is the nature of..

Quarantine curfew to be extended? Decision on Frid..

Over 50 arrested for defying COVID regulations in..

Fluctuating prices is the nature of market: Maithr..