A Welsh railway immortalised by Thomas The Tank Engine's creator "would get more generous Covid financial help if it was in England", its boss has said.

The Talyllyn Railway, where The Rev W Awdry volunteered, is one of Wales' "iconic" narrow gauge heritage lines that have been "battered" by Covid-19.

Passenger numbers and revenue has been hit and Welsh railways say lines in England have had more government help.

The Welsh Government has said £715,000 has gone to help historic railways.

Narrow gauge lines are synonymous with Wales and are among the most renowned in the world, attracting an estimated one million visitors a year to Wales and boosting the Welsh economy £55m annually.

Now all 11 Welsh historic railways would normally be full steam ahead for one of their busiest periods pre-Christmas.

But Santa specials and turkey and tinsel events have, by and large, been scuppered by the Covid-19 crisis as only two of 11 railways that make up the Great Little Trains of Wales organisation are putting on special events over the festive period, although some may still run restricted services. 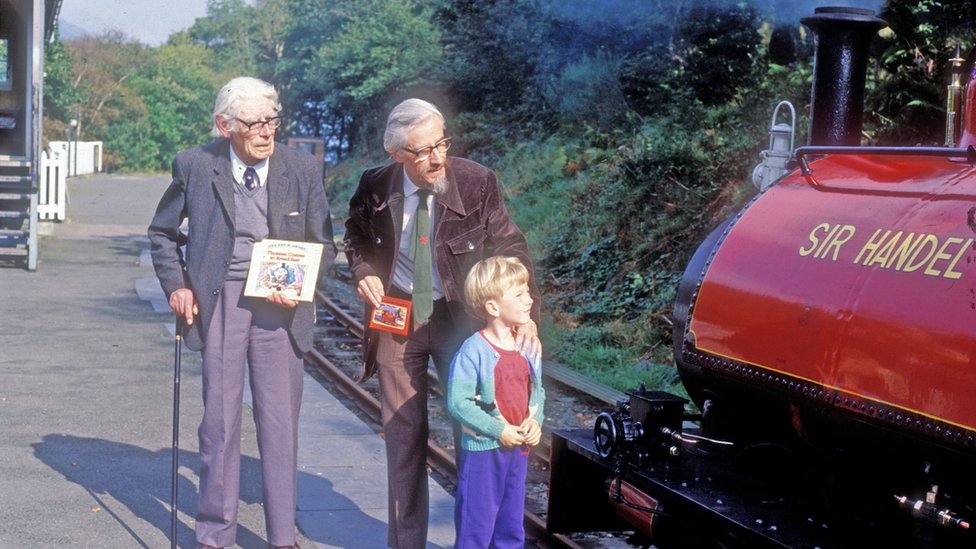 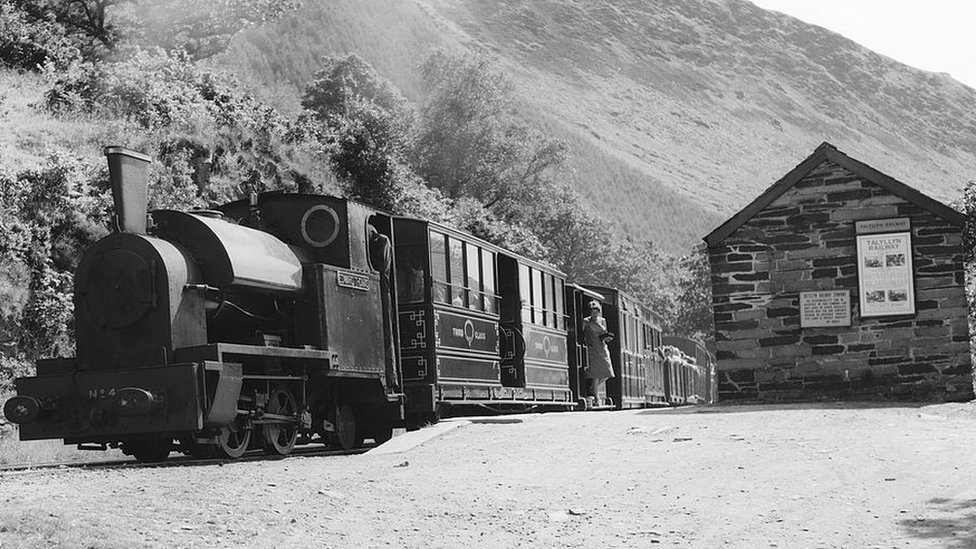 It's a "microcosm of a horrendous year" which has seen some railways make people redundant and furlough most of their staff - while the hundreds of seasonal workers on those famous old lines haven't been needed.

Railways have been "propped up" by online donations, lottery grants or government help - but Welsh operators are frustrated as they say English railways can get more from the latest financial support than those in Wales.

Railways in England could apply for £1m as part of the UK Government's £1.57bn Cultural Recovery Fund, while some lines had almost £2m with extra arts assistance. 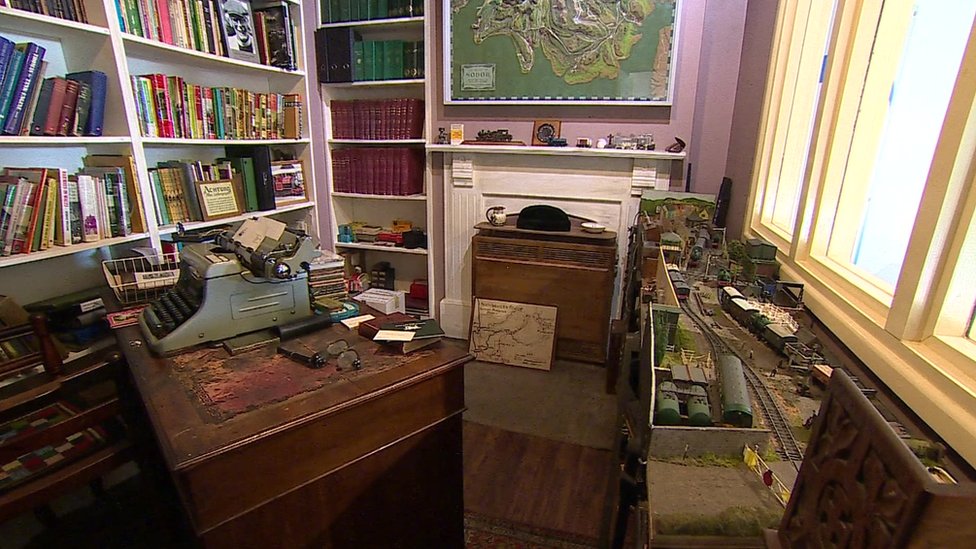 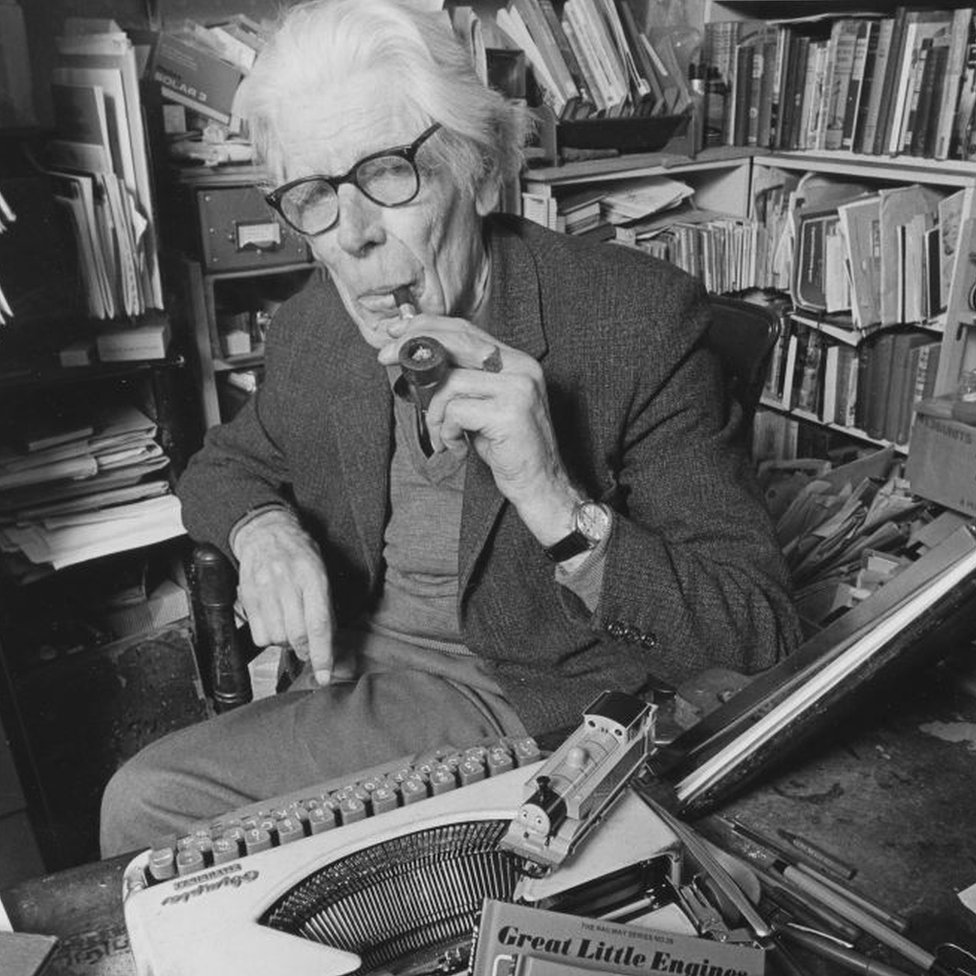 Operators in Wales say they could only bid for £150,000 in Welsh Government support although the government said the application process "welcomed funding requests of up to £500,000.

The Talyllyn Railway in Gwynedd, where Thomas' creator The Rev W Awdry was a volunteer guard when it opened as the world's first preserved railway in 1951, was "extremely grateful" for its £150,000 government grant.

But after losing £670,000 or 60% of their year-on-year revenue, Talyllyn's general manager Stuart Williams said: "I feel we would have got more generous Covid financial help if we were in England. 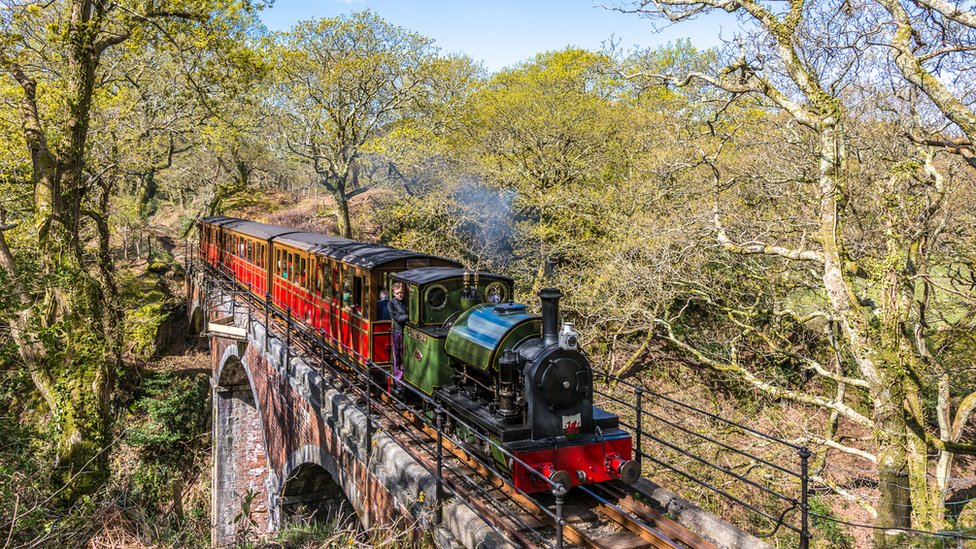 image captionLess than a quarter of their usual 50,000 annual passenger number have used the Talyllyn Railways in 2020 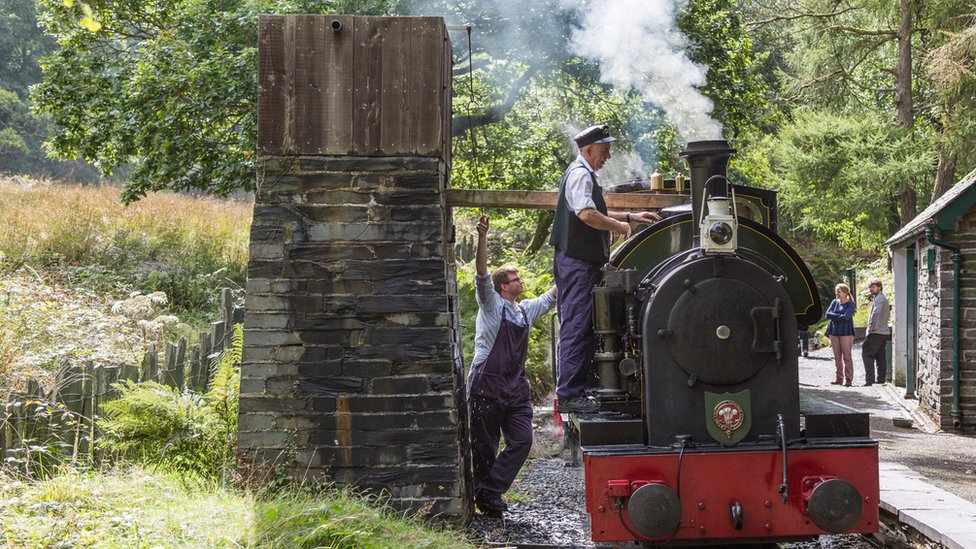 image captionThe 14-and-a-half mile mile (23km) Talyllyn Railway round trip foes from from the Cardigan Bay Resort of Tywyn to the shadow of Cadair Idris in southern Snowdonia.

"This year has been a huge challenge. We raised £130,000 on virtual visits when we were shut and without that, we'd have been in trouble," added the vice-chairman of the Great Little Trains of Wales group.

About 50 miles north of the Talyllyn is one of Europe's biggest small railways whose revenue has nosedived from £6m to £1m as visitor numbers have tumbled from 220,00 to 30,000.

The Ffestiniog Railway - the world's first passenger-carrying narrow gauge railway - and its sister Welsh Highland Railway have this week made a third of their 97 staff redundant as their "very painful" year continues, with a warning they may be forced to close without further help. 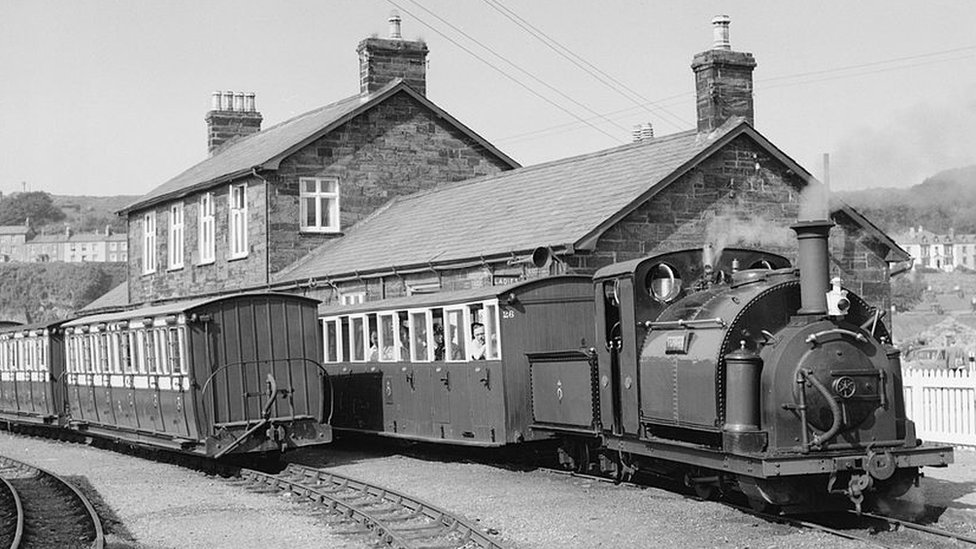 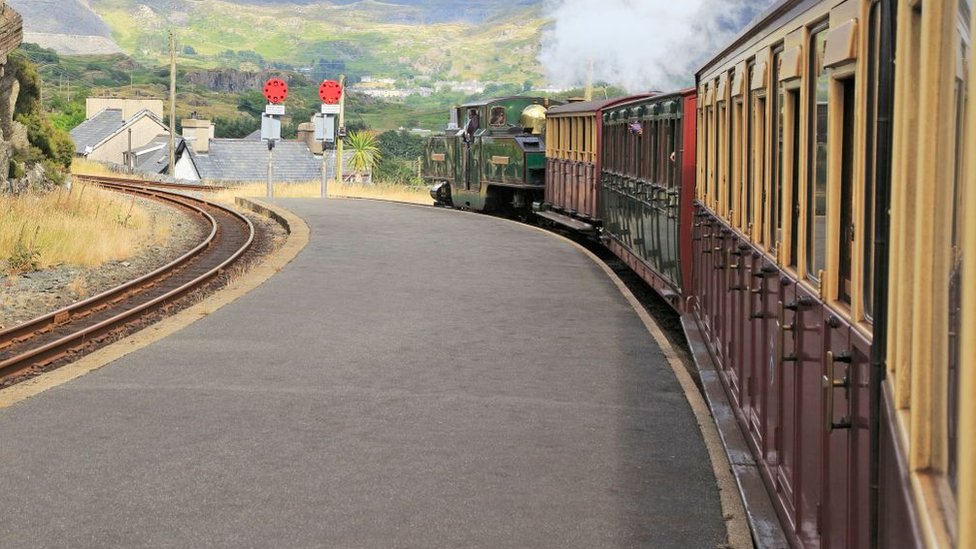 The company which runs the two north Wales lines are yet to receive their £150,000 grant but their general manager says the amount "pales to insignificance compared with the problem having lost £5m worth of income".

"We can save costs but we need £2m worth of funding to keep on top of the game so we can open ready to go at Easter 2021," said boss Paul Lewin.

"If you go over the border to England and see Department for Culture, Media and Sport have funded the North Yorkshire Railway to the tune of £1.94m and £900,000 to the Severn Valley Railway. 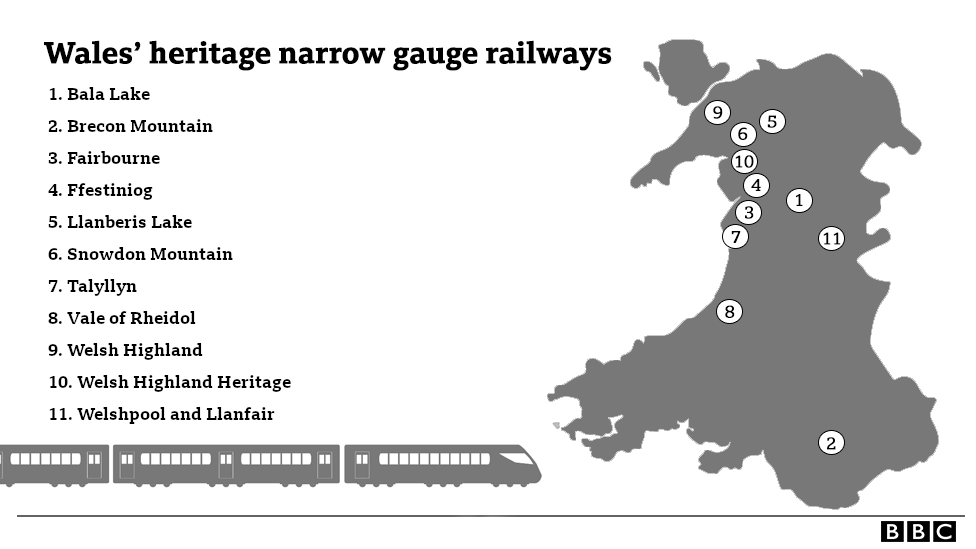 "If we were a different size business to them, I could understand but we're not - we're the largest heritage railway in the country and North Yorks and Severn Valley are both £6m-£7m turnover companies like ourselves - and they have been supported and will carry on.

"We've just had a little bit of help which we are grateful for but now we've had to make 32 people redundant, on top of about 50 seasonal posts.

"That's 80 people that have been affected and we're trying to survive through winter with a minimal workforce and eek cash out long enough to run next year."

Prince has steamed along the 13-and-a-half mile (21.7 km) between Porthmadog and Blaenau Ffestiniog since the Ffestiniog Railway became the world's first passenger-carrying narrow gauge railway in 1865.

He is one of 13 locomotives in their shed and shutting down steam railways are "not an option" as engines, track, bridges and cuttings require "constant maintenance" - especially when some of the engines are more than 150 years old.

"It costs about £200,000 a month to keep up our mandatory maintenance," added Mr Lewin. 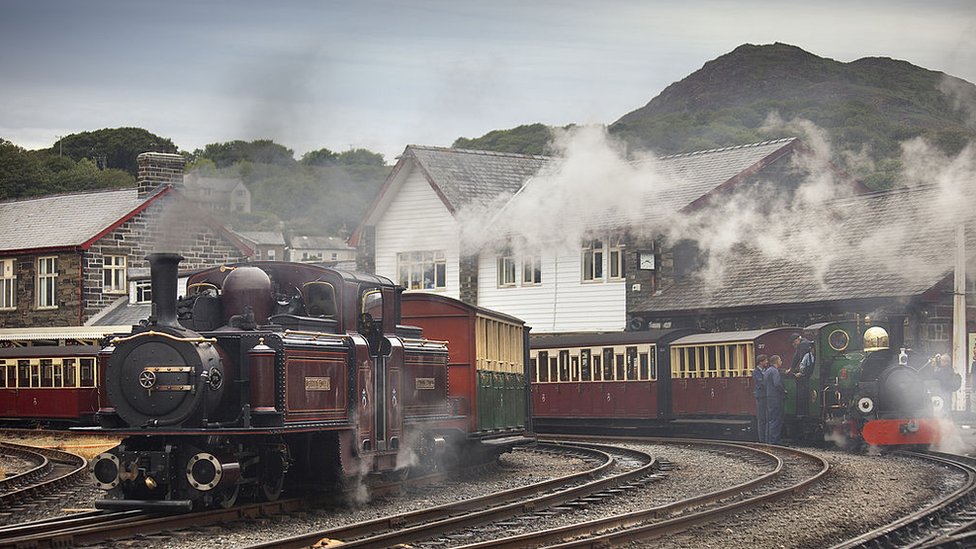 "My disappointment is the Welsh Government have overlooked Welsh railways and which underpin our tourism industry."

In comparison, arts organisations across Wales have shared £27.5m of the Welsh Government's £63m Cultural Recovery Fund to survive the pandemic, with some venues getting more than £500,000 - with £3.4m going to the Wales Millennium Centre in Cardiff Bay.

The Ffestiniog and Welsh Highland, which had £550,000 of online donations, and the Talyllyn Railway are part of Gwynedd's bid to become a Unesco world heritage site.

"We are in a charge of an important piece of Welsh history, " added Mr Lewin. 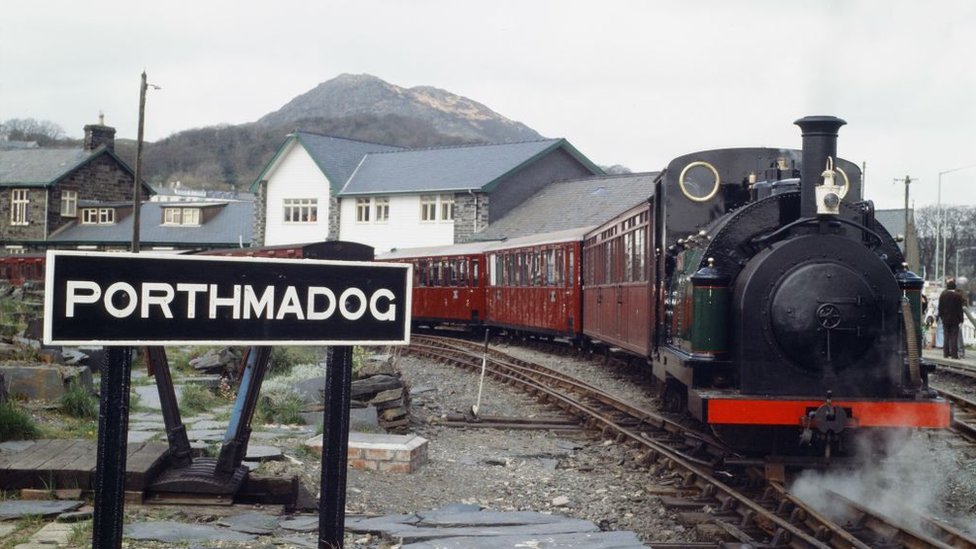 image captionThe Ffestiniog Railway has 13 engines and costs £200,000 a month to maintain

"The Ffestiniog Railway is an incredible survivor and looks like it did 150 years ago. This is a living piece of Welsh heritage we're preserving for the nation, not by grants but by paying its own way as being a tourist attraction.

"We're not some flash in the pan tourist attraction, we've been a very important staple for 60 years, bringing income, jobs and tourists to the area - and I think that warrants some respect and attention and wouldn't it be a shame something that has delivered so much is overlooked.

"We are always looking at how long we can survive. With the redundancies we can survive until next summer but we're banking on a good trade in early spring and summer."

The Welsh Government has it has allocated "more than £30 million" from their £63m cultural recovery fund to "provide essential support to organisations and individuals across Wales, including a total of £715k so far for historic railways."

WHO says UK strain in more than 60 countries

WHO says UK strain in more than 60 countries

14 diagnosed with COVID at Kuliyapi..

Fire at Serum Institute - the world..

Water cut in several areas in Homagama and Moratuw..